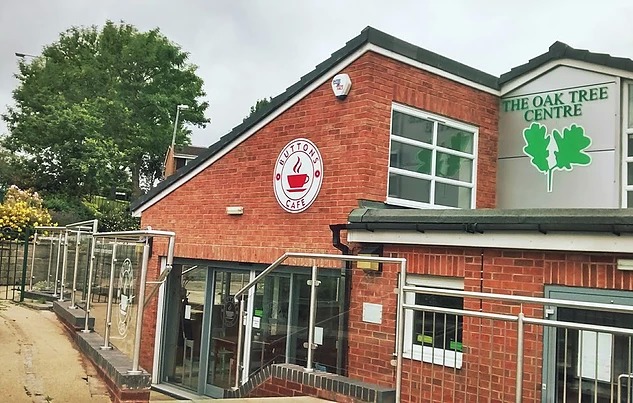 The Oak Tree Centre is our community centre which hosts a wide range of weekly groups and activities. Find out what’s on by visiting the site.

King’s Community Church, situated in the heart of Brandhall, was built in 1962 when Brandhall was a new estate. It was quickly followed by new shops, a community hall and the high rise flats of Foley house.

Over the decades the estate fell into disrepair and was blighted by decay and vandalism. Eventually in the 1990’s Foley house and the old community hall were demolished leaving a massive gap in the community.

The congregation at King’s community church felt led by God to build something new for the benefit of the whole community and after many years of fundraising and planning the Oak Tree centre opened in October 2005.

The project aims to provide a community facility on the Brandhall estate to improve residents quality of life by expanding the areas facilities and encouraging people to work together.

In 2013 Buttons cafe was added to the centre.